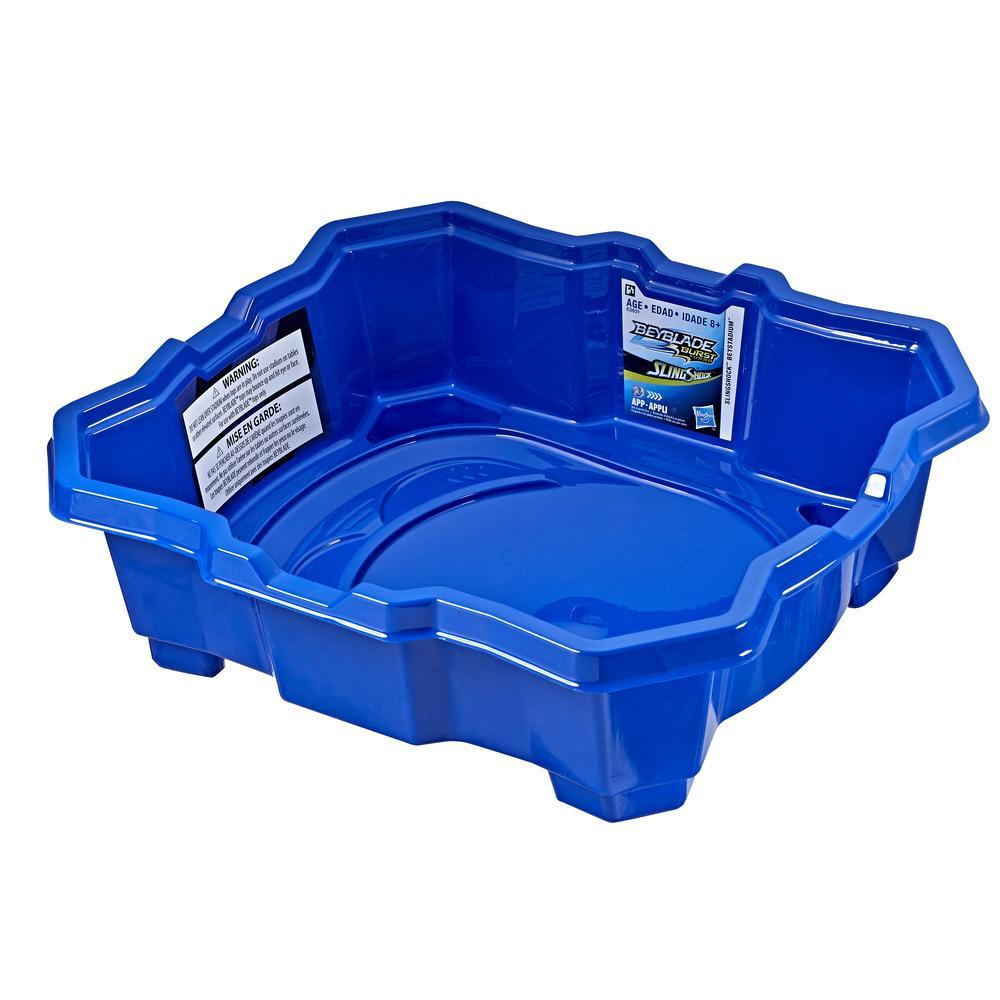 Ride the rails with Beyblade Burst Slingshock tech! Slingshock Beystadium features a rail system that propels tops through the rails and into the Battle Ring for intense head-to-head clashes. Slingshock rail system hurtles tops around curves and redirects them towards epic burst moments.

Battle with Beyblade Burst Slingshock tops with Performance Tips that convert between two modes. Bladers can keep their Performance Tip in Battle Ring Mode to defend their position in the Beystadium, or convert them to Slingshock Mode to ride the rails and charge into battle. (Slingshock tops sold separately. Subject to availability.)

Scan code on Slingshock Beystadium to unlock the corresponding digital Beystadium and rail system in the Beyblade Burst app.

• Ages 8 and up
• Warning: Choking Hazard -- small parts. Not for children under 3 years.
• App available through 6/30/2020. Beyblade Burst app works with select Android and iPhone, iPad, iPod touch devices (IOS8.0 or later required). Updates affect compatibility. Check beyblade.hasbro.com for details. Not available in all languages/countries. In app purchases may be available.
• Note: Hasbro is only responsible for Hasbro-generated content. Please refer to third party terms and conditions for further information.