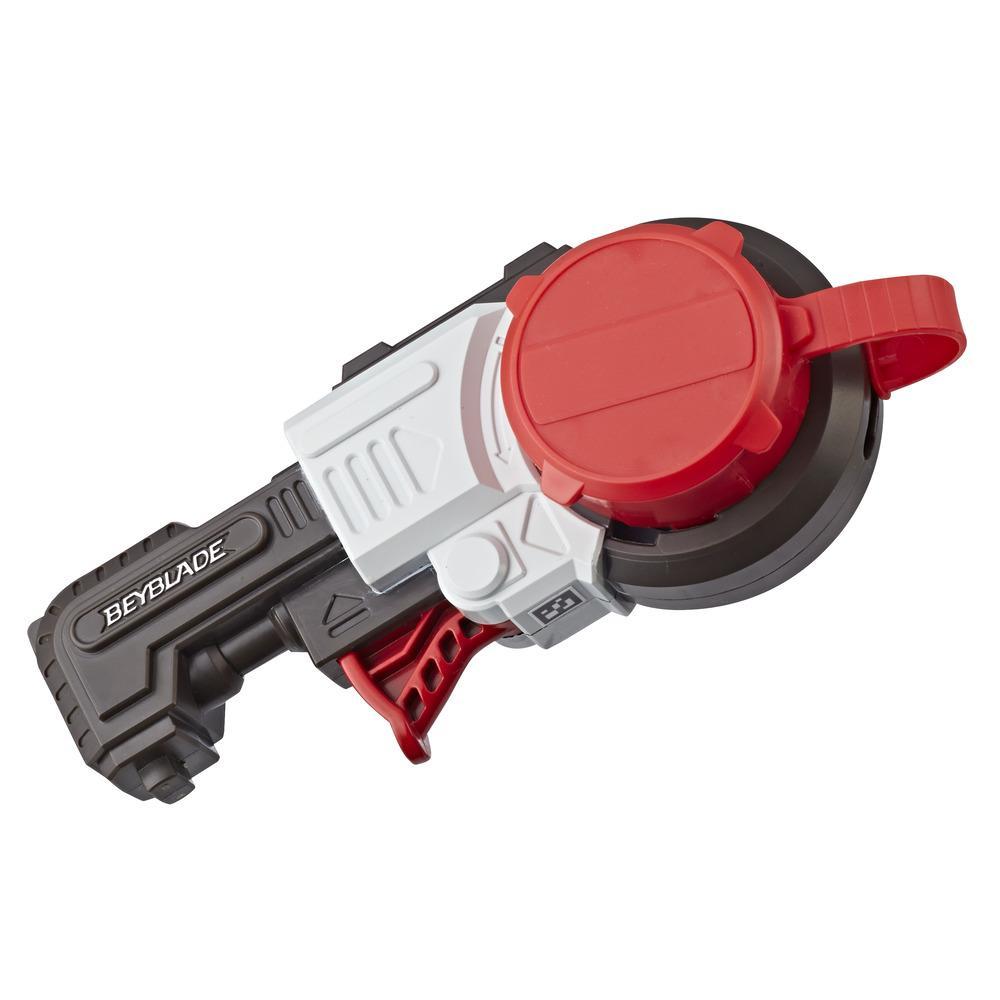 TARGET YOUR LAUNCH: Wind-up launcher is trigger-activated for a more precise launch. Aim the launcher over the stadium, pull the trigger, and attack! Beyblade Burst toy for kids ages 8 years old and up.

BATTLE IN A SLINGSHOCK BEYSTADIUM: Battle with Slingshock tops and a Slingshock Beystadium to unlock the rail-riding capabilities of Slingshock tech. (Each sold separately. Subject to availability.)

• Ages 8 and up
• Warning: Choking Hazard – Small parts may be generated. Not for children under 3 years.
• App available through 6/30/2020. Beyblade Burst app works with select Android and iPhone, iPad, iPod touch devices (iOS8.0 or later required). Updates affect compatibility. Check beyblade.hasbro.com for details. Not available in all languages/countries. In app purchases may be available.
• Note: Hasbro is only responsible for Hasbro-generated content. Please refer to third party terms and conditions for further information