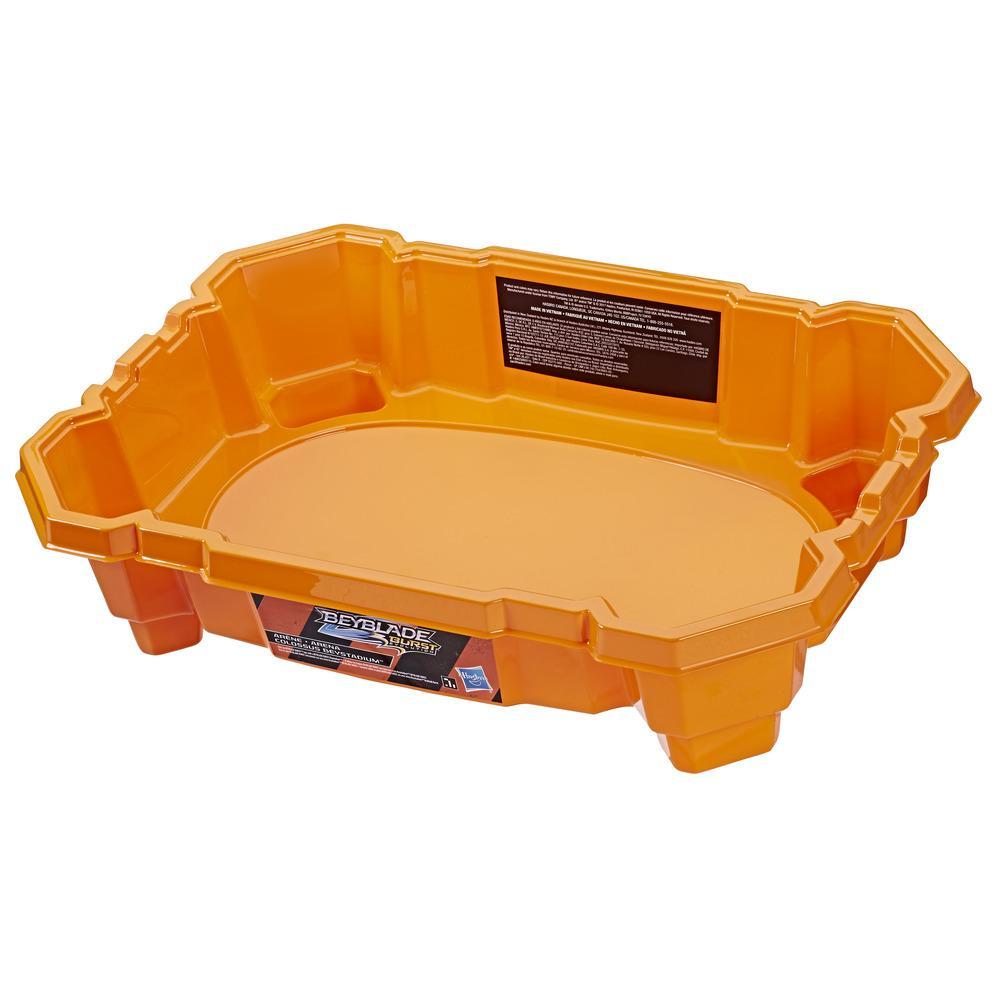 Warning:
WARNING: CHOKING HAZARD: Small parts may be generated. Not for children under 3 years.

Season 2 of the animation, Beyblade Burst Evolution, takes the competition global as Valt evolves his skills on his path to BeyMastery.

" Ages 8 and up
" Warning: Choking Hazard -- small parts may be generated. Not for children under 3 years.
" App available through 6/30/2020. Beyblade Burst app works with select iPhone, iPad, iPod touch  IOS8.0 or later required -- and Android devices. Updates affect compatibility. Check beyblade.hasbro.com for details. Not available in all languages/countries. In app purchases may be available.
" Note: Hasbro is only responsible for Hasbro-generated content. Please refer to third party terms and conditions for further information.