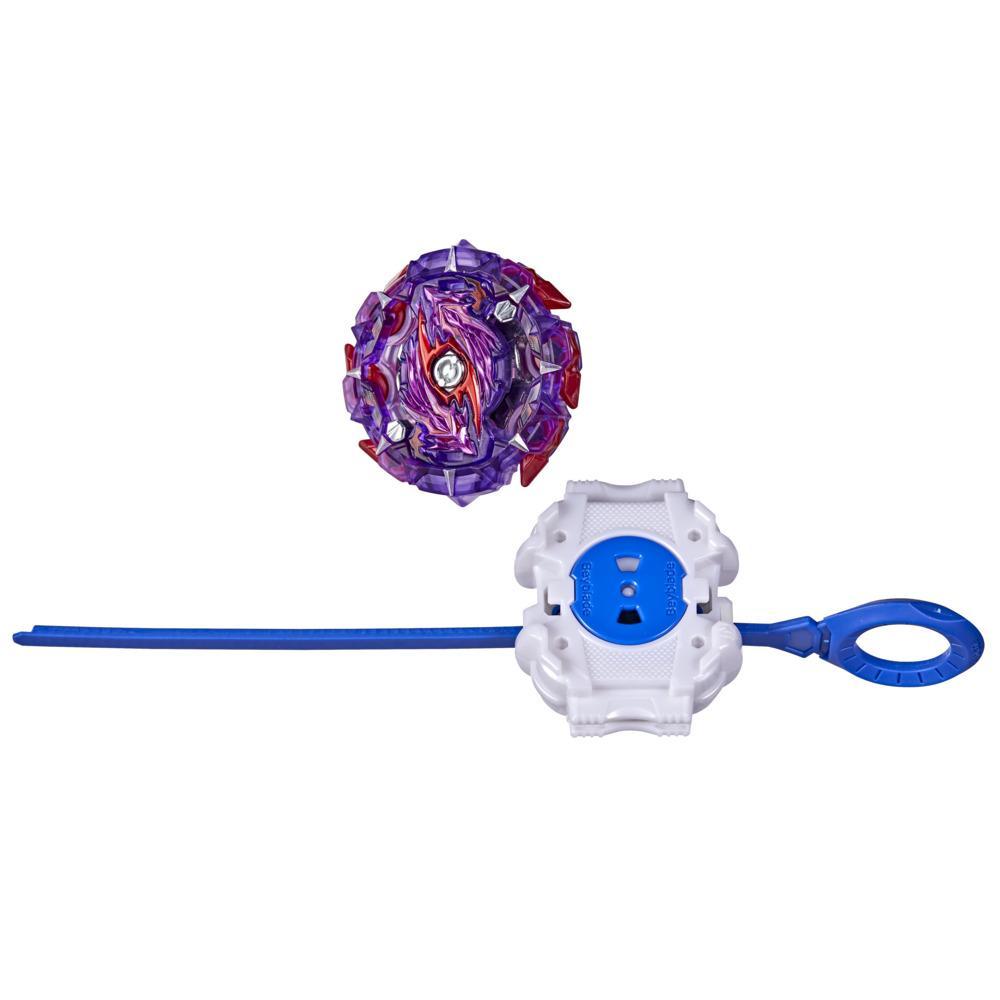 •AUTHENTIC JAPANESE-INSPIRED TOP: Includes left-spin balance battling top Tact Lúinor DR51-P PR-22 with authentic components. Comes with left-spin launcher and sticker sheet to customize the top
•BATTLE LIKE THE PROS: Top with die-cast metal parts for a heavy weight. The number of rubber blades on the Energy Layer change depending on which layer weight is used
•COMPETE WITH THE ELITE: Top compatible with Beyblade Burst Pro Series system. Battle in the Evo Elite Champions Beystadium for exciting pro battles (Sold separately as part of the Evo Elite Champions Battle Set. Subject to availability)
•UNLOCK DIGITAL BATTLES: Scan code on Beyblade Burst Pro Series instructions sheet to battle like the pros in the Beyblade Burst app!
•LET IT RIP: Launch into head-to-head battles with Beyblade Burst Pro Series Beystadiums, launchers, and spinning tops as you journey towards Beymastery! (Each sold separately, subject to availability)

•Ages 8 and up
•Warning: Choking Hazard -- Small parts. Not for children under 3 years.
•Check apps.hasbro.com for app availability, compatibility, and updates dates. App is not guaranteed to be compatible with any future operating systems or devices.
•Includes: Beyblade Burst Pro Series top, launcher, sticker sheet, and instructions.