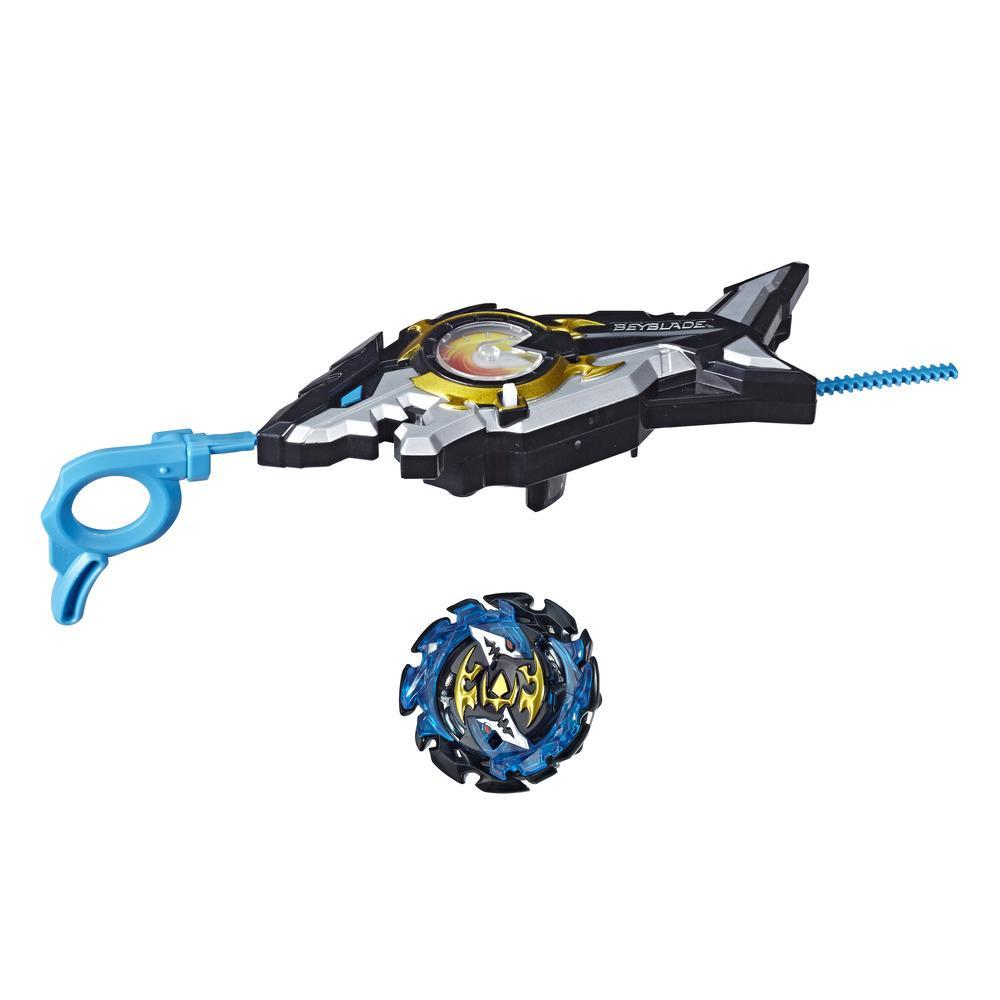 Amp up the battle with the Beyblade Burst Riptide Blast Launcher! Launcher features a gauge with tech that measures the strength at which a top is launched. Bladers can use the Power Gauge to measure their progress and boost their skills! Launcher works with both right and left-spin Beyblade Burst tops.

Ride the rails with Beyblade Burst Slingshock tops that combine rail-riding capabilities with the ability to ""burst"" into pieces during battle (burst rates vary), resulting in intense head-to-head clashes. Performance Tips have 2 modes so bladers can vary their Slingshock strategy!