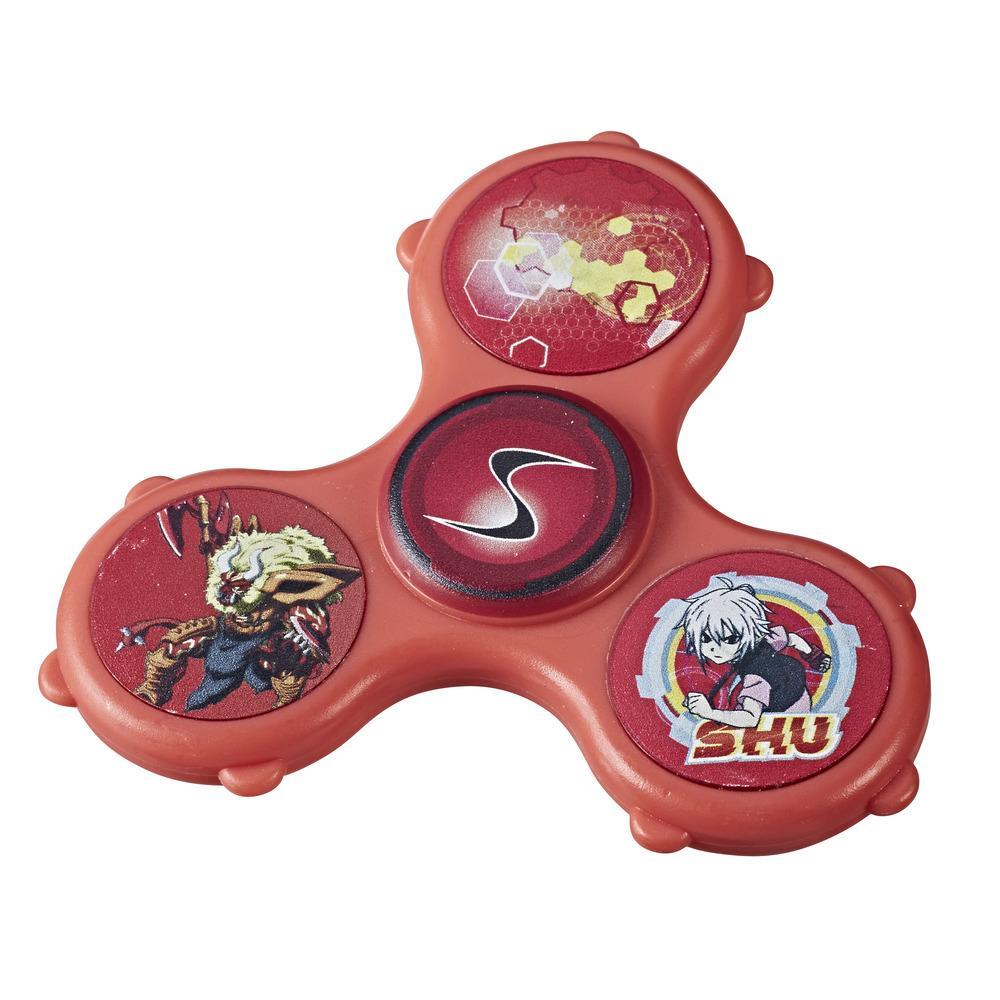 The face of the fidget craze! Inspired by the animated series, this spinner features the Beyblade Burst Shu Kurenai character. Spin by holding the center with one hand, and spinning with the other, or try spinning it one-handed. Fidget Its toys are fun to play with and fun to collect. Look for other iconic Beyblade Burst characters in the Fidget Its toy lineup. (Each sold separately. Subject to availability.)